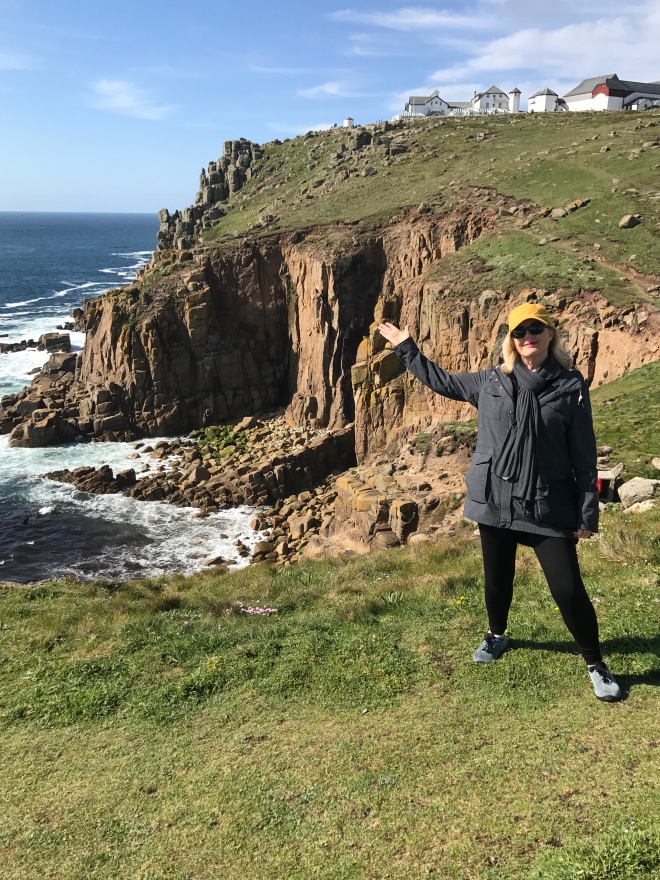 “The Jew and the Gentile went out to sea in a beautiful pea green boat.”

Freshly inked from The Cornish Pen … coming soon in August 2017 – the whole story of my pilgrimage to the land of my ancestors (well one of them anyway).  Until then, get a brief pictorial overview of my journey on Instagram. @gobeyondtravelwriter

It’s happening. To quote the cheesy (but kind of sweet) 1969 theme song from The Sterile Cuckoo: “Come [this] Saturday morning, I’m going away with my friend … we’ll travel for miles in our Saturday smiles.”

Hopefully, by then I’ll have a few more smiles … up until now it’s been Stress City for a non-born organizer such as moi to have to plan, prepare, and pack for a 7-week, multi-country trip!  (UK, Italy, Israel and Uganda). Fortunately, my chill fellow traveler in Israel has done part of the planning—a lifesaving division of labor, that has kept me from going completely bonkers.

More about what I’ve learned about the three “P’s” (Planning, Preparation and Packing) of a multi-destination trip in another post; for now, here’s where we’ll be going … and why.

FIRST STOP: Falmouth, Cornwall, UK – “Cornwall … where’s that?” That’s the response I get about 40% of the time.  “Watch Doc Martin,” I tell the geographically challenged  … then call me in the morning.” One did just that and said,  “Now I know why you don’t smile.”  (I’m kidding about the smile … I flash my dingy yellows quite frequently.)

For the uniformed, Cornwall is on the southern tip of jolly ol’ England. It’s misty, it’s moody and it’s quirky. “Now I know why you like it, ” another friend chortled.  (Although in practice, I think it’s only dodgy old men who “chortle.”)

Oh, one more thing. *Falmouth just happens to be the name of the street I live on in L.A. This was in no way intentional on my part, but I also don’t believe it was coincidental. As you’ll read below, this was just another confirmation that I was destined to take at this particular point in my life.

*And no, it’s not pronounced “Foul Mouth,” anymore than Plymouth is pronounced ” Ply Mouth!” )

The Heavy stuff: Why Cornwall is my First Stop ...

If you read the end of my About This Author section,  you’ll discover my one compelling reason for traveling the globe. It might sound nauseatingly like the film, Eat. Pray. Love., aka Indulge. Navel Gaze. Lust. Trust me, that’s not my bag.  Of course, being a travel writer, it’s a given that I’ll be talking about food (guessing that in the UK, Shepherd’s Pie and Fish n’ Chips will be on the menu) various and a sundry libations (frothy beer and ale at the ye ol’ local pub), and great places to stay, but there’s a whole other reason for my travels to these four countries.

Though I’m loathe to compartmentalize my life (relegating an experience or event to a defined category of mind, body or spirit), this truly is a spiritual journey for me. That journey began some twelve years ago … on the day God dropped the words “Go Beyond” into my spirit (He speaks!) and told me that one day I’d be  traveling around the world and collecting stories of how and where God was moving in the earth to demonstrate His absolute goodness … this, in spite of the evil men do.

“Although the world is full of suffering, it is full also of the overcoming of it.”
– Helen Keller

Travel the world?  It seemed impossible. Twelve years ago I was a hot mess—bogged down by challenging circumstances, my own repeatedly poor choices, and debilitated by depression. I just couldn’t seem to find my inner core. Added to that, up to that point I had never traveled beyond the US. And given my then fragile state of mind,  it was hardly likely that was going to change—a fact that I laughingly informed God with the words, “Right … I’m going to travel the world. I can barely get out of bed!  Hello … have you observed my life?”

Here’s the mind blower. The very next day I received a phone call from a speaker training agency that coached doctors in presentation skills, asking me if my passport was current.  “Uh … why?” I asked.  “Because we have an assignment for you in Berlin and  Amsterdam … and starts in two weeks.”

Coincidence? I think not.

So I hung on to the promise (sometimes by a thread), forgetting those things that lay behind and pressing on instead to the “high calling”  that God had for me all along. Amazing Grace. You gotta love it.

“There’s no such thing as growing older when you have a dream.”

And it’s only the beginning of my mid-life metamorphosis! Believing that my latter days will be greater than my first, I’m surging towards my divinely appointed destiny—beginning at the birthplace of my Methodist pastor/preacher great-grandfather, whose last name I’m honored to bear: Keast.

Born in St. Agnes, Cornwall, by all accounts Fred A. Keast was an amazing man, a pastor who faithfully tended his flocks in Cornwall, then South Africa, and finally northern California. Here’s a photo of his house here with his son, my late grandfather, standing in front of it.  It’s probably an Airbnb now.  (If not, I may snatch it up and turn it into one.) 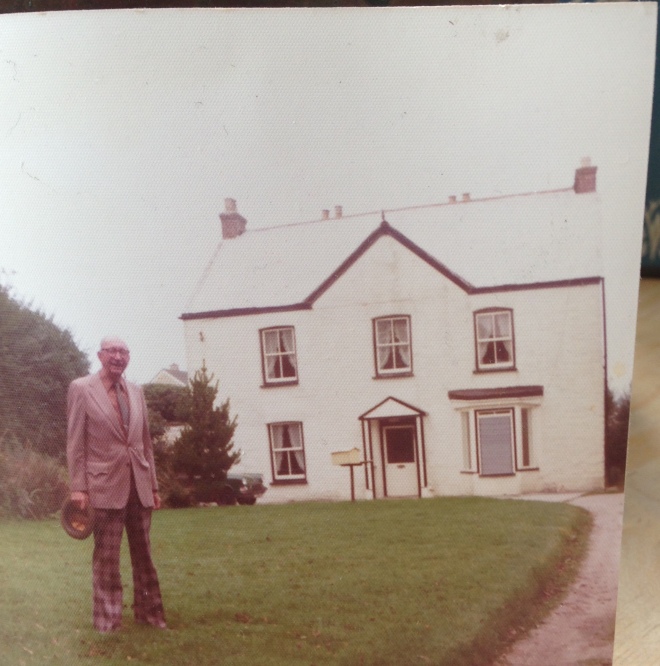 The Preacher’s Son – With Those 70’s Pants

My great-grandfather wasn’t perfect—like each of us mere mortals he had feet of clay, but I believe the sum total of his life did not find him —or his legacy—wanting.   Stay tuned for more on that front as I post what I learn about the Keasts of Cornwall, and the region of Cornwall itself,  during my exciting journey of self-discovery.

As I already mentioned, I’ll be joined in my travels by my Messianic Jewish friend who lives in Israel (the next-to-the-last destination on my pilgrimage). This adds a whole new exciting dimension to my spiritual journey, as will soon be revealed.

Where We’ll Be Staying:

If you want to immerse yourself in a different culture, Airbnb is the way to go. It’s like being a guest in someone’s home, and most Airbnb hosts are delighted to get to know you, and help you navigate the highways and byways of your new temporary home.  And by the way, the Cornish have a pretty distinct culture (don’t call them Brits). They even have their own language (that’s now proudly being revived), and they’re only one step behind the Scots (the other side of my heritage) in wanting to extricate themselves from Queen and country. A year ago, I recently learned, they were even declared an official minority in the UK.  Finally, I was able to brag to my half-Latina daughters, that I too am now a minority.

So … this Airbnb in Falmouth is a pretty sweet place. $117 bucks for a whole house?  Try getting a decent hotel room for that price anywhere that’s on or near just about any ocean during tourist season.

Stay tuned and I’ll let you know if this house meets the claims of the host who writes on the Airbnb site: “You’ll experience the peacefulness and beauty of the countryside, the beauty of the beach and vibrancy of a university town and harbour in one trip!” Oh yeah, I’m down for that.

Stay tuned for my Cornwall, Italy and Israel adventure in August … it happened.  Now I just have to “put pen to parchment” and write about it.  (As soon as I get back from Uganda …) Meanwhile, check out my Instagram posts @gobeyondtravel.blog.com. 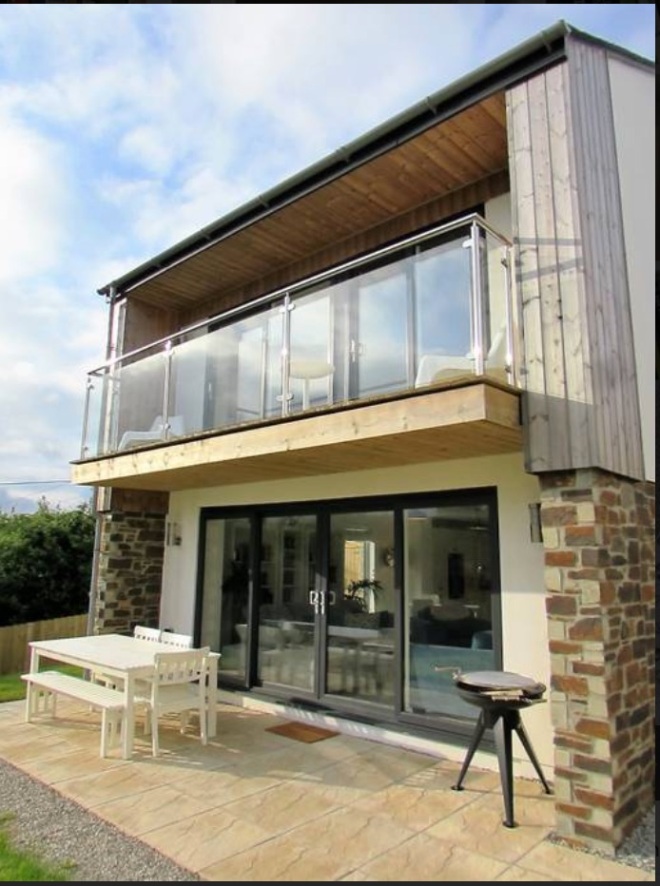 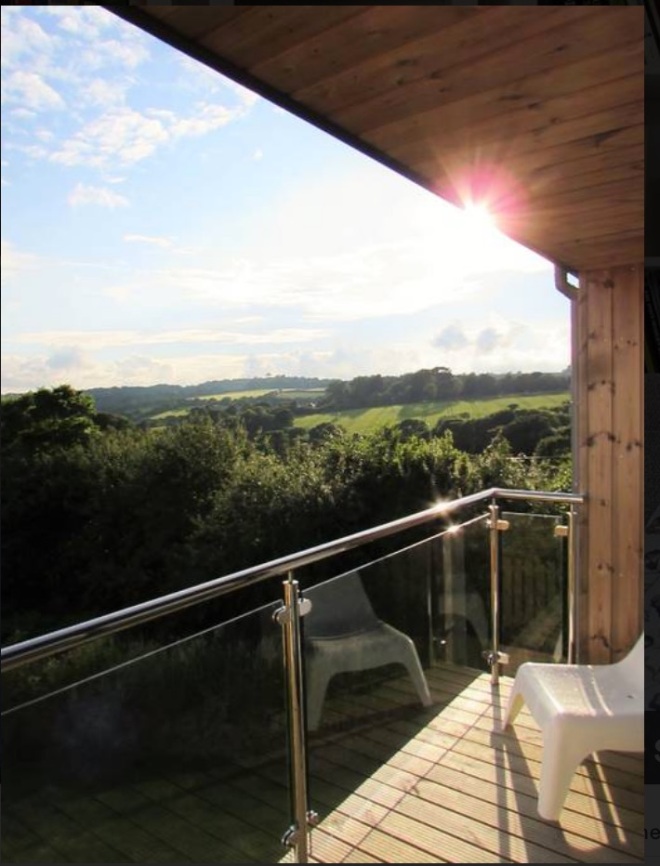